Everything You Need To Know About Twitter’s Timeline Algorithm 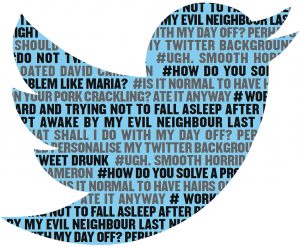 When it comes to social media platforms, where there’s change, there’s outrage. A look at Twitter’s trending topics in early February 2017 reveal #RIPTwitter with thousands of 140 character grievances. Why? Despite the platform’s overall turbulent past, the seemingly massive protest was in reference to a single change. Twitter switched its timeline to an algorithm-based format.

While one could argue it was only a matter of time before Twitter simply adopted the same format as Facebook and Instagram, critics argued the implications were more far reaching than a non-chronological annoyance.

Before delving into Twitter’s algorithm based timeline, it’s important to have context. By the end of 2012, the company had reached 200 million monthly active users with lofty predictions of growth from Dick Costolo, Twitter’s CEO at the time. What started as an SMS-based platform for text-like communication between friends would morph into a social media giant with 400 million active users by the end of 2013. Or so he thought.

Twitter filed to go public in 2013 despite significantly slow growth and—three full years later—has yet to reach more than 325 million active monthly users. On the contrary, growth rates reached a plateau Q1 to Q4 2015 with many wondering what the future held for the microblogging platform. With stagnant acquisition, the logical conclusion might be to focus on retention—keep active users happy while finding new ways to engage them.

The algorithm-based timeline, introduced February 10, 2016, aimed to do just that. Instead of listing every post by every follower in reverse-chronological order (from top to bottom of the feed), users would see top posts ranked by Twitter’s complex automated formula.

Unless a user opts out of the new timeline, the algorithm is applied in two distinct places. First, the timeline will first display what Twitter deems to be top content from your feed. It’s subtle enough to not disrupt the average user’s experience, but blatant enough to know where it starts and stops. A user can simply note the time stamp for each tweet that appears at the top of their feed until it defaults back to reverse chronological order. In other words, there are only so many featured tweets upon login until it’s the same old Twitter. Refreshing the home page will not generate new recommended content. For many, this is how Twitter has succeeded in minimizing friction thus far. Users can even opt out under profile settings.

The second place the algorithm applies is under the heading “In Case You Missed It.” These tweets are compiled based on Twitter’s unique formula that filters interesting tweets based on your engagement habits and login history. As Twitter’s own support article states, you may even see tweets from accounts you don’t follow based on shared interests between followers and themes found throughout your timeline.

Slate was the first to report insider-information about how the algorithm works. While not a comprehensive formula, the company revealed several factors which affect the visibility of a ranked post. Slate author, Will Oremus, shared such insights:

1. A tweet’s overall engagement, including retweets, clicks, favorites, and time spent reading it
2. A tweet’s engagement relative to other tweets by the same author
3. How recently the tweet was published
4. How often you engage with the tweet’s author
5. How much time you spend reading tweets by that author, even if you don’t engage.
6. What kind of attachment the tweet includes (e.g. link, image, video, none), and what kind of attachments you tend to engage with

The Good, The Bad, The Interesting

Depending on what you expect from Twitter, the pros and cons to its algorithm are merely subjective. Small businesses that haven’t yet established a strong online presence will likely be opposed to the new timeline while the average user who checks Twitter every few days might not notice or care.

Generally speaking, there are some upsides to automation:

1. When users are engaged, the activity tends to create a ripple effect meaning they will not only reengage, but influence other users to continue conversations via replies and retweets.
2. Twitter’s algorithm only affects a handful of top posts whereas other social media platforms like Facebook and Instagram continuously rank posts forcing the user into repeated content upon login or refresh
3. Twitter has made it fairly easy to avoid the algorithm altogether via an opt out setting and standalone “In Case You Missed It” feature. Don’t care to know what you missed? Ignore it. Do care? Twitter will summarize recent activity based on a relevance score and present it based on your last login in relation to normal activity.
4. Complex algorithms get smarter over time. Bots will undoubtedly become so advanced that even without overt engagement with a tweet via RT or like, they will recognize that a user has stopped scrolling long enough to read.

Especially on the controversial subject of algorithm “takeover,” there will be downsides.

1. Automation factors can and do change frequently. Twitter has admitted to changing factors for testing purposes on a weekly, sometimes daily, basis. While it all happens behind the scenes, history has shown consumers expect and will often demand transparency.
2. Algorithms don’t just apply to original content but Twitter replies as well. Relevant or not, those who reply first have a greater chance of gaining popularity/visibility over others.
3. Algorithms have the propensity to create personal “filter bubbles” and reinforce the biases of individual users.

For a site that claims to exist for the sole purpose of “helping users to stay informed with what’s going on in the world,” it’s entirely plausible that Twitter will succumb to its evolution into yet another “fake news” source. The more you like something, the more you’ll see it. That doesn’t sound so bad until you understand that what you don’t like will essentially become hidden. When it comes to news, there may be nothing more detrimental to objectivity and open, honest dialogue about critical issues.

With only 2% of users opting out after Twitter’s big reveal, it’s safe to say bots—at least on this particular platform—aren’t as hated (perhaps feared) as users perceive them to be. To the average user, Twitter’s timeline change was hardly noticeable and, to the vigilant user, fairly easy to ignore. While social media platforms continue to shape how we access news, automation is here to stay. And if a site like Twitter can allow its own users to remain critical with trending #RIP hashtags, it’s safe to say a fair amount of objectivity will as well.