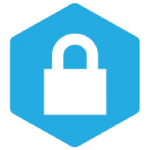 Twitter has been in the news quite a bit lately. It seems that everyone from President Trump to famous athletes make notable and controversial tweets every day. People’s very careers are sometimes derailed after making ill-conceived comments on Twitter and other social media sites. Because social media has taken on such importance in our society, keeping accounts secure is a major concern. Everyone who uses social media is potentially at risk for security breaches. Let’s look at why this is such an important matter and how you can make yourself more secure on Twitter.

While your account may not be as high profile as those of politicians and celebrities, you still need to be concerned about security. The fact is, we live in a society where social media plays a huge role. What you say on sites like Facebook and Twitter influence your reputation. If you’re a public figure, this is obviously very important. Yet it’s also important if you have a business. This includes small businesses as well as large corporations.

If your settings aren’t secure, it’s easy for hackers to break into your Twitter account. Someone could tweet anything under your name and cause serious problems for your business or personal reputation. Consider what could happen if a hacker or unscrupulous competitor hacked into your account and started tweeting offensive content or something that undermines your credibility. Even if you managed to regain control of your account quickly, the damage would be done. The sad truth is that it’s always easier to lose your reputation than to gain it back.

While most people are glad to see ISIS accounts hacked, one of the points here is that many Twitter accounts are vulnerable to attacks. While WauchulaGhost is a white hat hacker who targets destructive groups, many hackers go after ordinary people. Some do it for profit, others simply for fun. Having your Twitter account hacked can be anything from a minor annoyance to a major hit to your reputation. People have lost their jobs because of inappropriate social media posts. Students have been expelled from colleges. Companies have lost customers and caused boycotts when the CEO tweets something unpopular.

If you think that only terrorist organizations, celebrities and major corporations get hacked, think again. In 2016, as many as 32 million Twitter accounts may have been hacked. This was actually a disputed story and Twitter insists that its systems were not breached. A company called LeakedSource, however, claimed that millions of Twitter login credentials were sold on the dark web. In 2013, Twitter admitted that as many as 250,000 accounts were at risk after a hacking. Users were instructed to change their passwords. These are just some of the more highly publicized instances of accounts being hacked on Twitter. Unfortunately, the same thing happens on a smaller scale every day. That’s why it’s so crucial to do everything you can to keep your account secure.

While it’s impossible to be 100 percent secure online, there are certain actions you can take to reduce the chances of getting hacked. While we’re focusing on Twitter here, you should take similar measures with all of your accounts, including email, social media sites, financial services and any sites that require a password. Here are the best ways to keep your Twitter account as secure as possible.

1. Choose a secure password. This is fairly obvious, but many users still make the mistake of choosing short and easy to guess passwords. Avoid passwords that contain any part of your name, names of loved ones, birthdays, or sequences of numbers such as #12345. Use a combination of upper and lower case letters, numbers and symbols.

2. Change your password reset settings. This is one of the most important security tips of all. Make sure that your password can’t be changed without submitting a phone number or email address verification. Without this setting in place, anyone can change your password and take control of your account. Check the box “require personal information to reset my password.”

3. Verify login requests. Another box you should check is “verify login requests,” which sets up two-factor authentication. This forces you to sign in with a code Twitter generates in addition to your password. While this creates extra work for you, it makes it harder for anyone to hack into your account.

4. Change your password regularly. It’s a good idea to change your password periodically. Never share it with anyone. If you do have to share it, such as an IT or marketing person, make sure you change it after the service has been done.

Twitter plays a unique and crucial role in society. Nowhere else does so much real time information get released. While this makes Twitter fascinating and often a significant source of news, it also presents certain dangers. Because information moves so fast on the Twitter timeline, it’s all too easy for hackers to create fake news or misinformation. If someone steals your Twitter identity, even for a short time, they have a chance to inflict serious damage. The best way to prevent this is to take your security seriously and make sure your settings are secure.