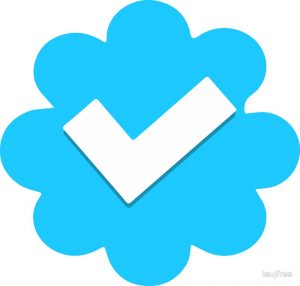 Twitter has introduced a couple of important updates in the last few months. Although various news and tech sites have reported these changes, many users are still not aware of them. First of all, the allowable number of characters in a tweet has doubled from 140 to 280 characters. On December 12, 2017, Twitter announced another new feature that has the potential to truly transform the way people use the social media site.

It’s now possible to connect a series of tweets and create long threads. This, in effect, lets you write long-form posts as you can on Facebook, LinkedIn, Medium, Tumblr or, of course, your own blog. Combined, these new features mean that Twitter is gradually moving away from the original concept of short tweets. Let’s look at how Twitter has moved in this new direction in stages and some of the implications of these changes.

A “tweetstorm” or Twitterstorm refers to a series of related tweets. Donald Trump helped to popularize this practice with his outspoken and often controversial tweetstorms. Of course, millions of other people do this as well. While each tweet (until recently) could only contain 140 characters, there’s nothing to prevent you from extending your message in multiple tweets.

It’s a little tricky, though, to create an actual tweetstorm due to the nature of the platform (until now). If you simply compose one tweet after another, your messages will most likely get lost in the vast Twitter universe. For people who follow lots of accounts, even a few seconds delay between tweets means that other people’s messages will show up in between yours.

In order to create a proper tweetstorm, you have to reply to your own tweets. By hitting “reply” to your own messages, they’ll form a continuous thread that others can follow and respond to. The new feature now makes it easier to create such tweetstorms without having to reply to your own messages. Now, there’s a + sign that lets you add another tweet without having to reply to yourself. This isn’t actually a huge difference since you could create threads all along. However, combined with the extension to 280 characters, it points to a change in focus for Twitter.

Twitter has always been the social media site for extremely short messages. This was, from the beginning, part of the company’s brand. If you wanted to write longer messages, you went to another social media site or your own blog. For many users, this was what made Twitter refreshingly different. You didn’t have to read long, drawn out posts. It was the ultimate social media site for an age characterized by short attention spans.

As it turned out, however, people’s attention spans aren’t quite that limited. Many users find 140 characters too limiting. Some, like the current U.S. president, like to go on extended rants. As Twitter’s growth leveled off and its advertising revenues remained stagnant, it was forced to rethink its identity and experiment with some drastic changes.

So far, most Twitter users aren’t making drastic changes to how they use the site. This is probably intentional, as Twitter hasn’t gone out of its way to publicize the changes. There were no emails to users or special messages on the site to celebrate the new features. Apparently, Twitter wants to let people discover these capabilities for themselves.

The management also realizes that many users prefer the old paradigm and are content to stick with tweets of 140 characters or less. If Twitter made a bigger deal about the new features, users might feel they were being pressured to use them. Those who like the old Twitter might get uncomfortable. By introducing them in such a low-key manner, it gives more longwinded users new options while not infringing on traditional users’ comfort zones.

Even though the changes are low-key and many people don’t know about them yet, they do have the potential to radically transform the way the site is used. The 280 character minimum already allows for longer posts. The ability to create threaded posts, however, allows users to create ongoing discussions that are very similar to blogs.

Until now, you couldn’t really use Twitter as a platform to express long and complicated thoughts. If you were a blogger, you might use Twitter to link to your blog posts. Now you can actually create longer discussions on Twitter itself. The threading format is also reminiscent of online forums, which actually predate social media by at least a decade. Of course, group discussions on Facebook also allow for long threads.

The new features might increase engagement. While the old style Twitter has its benefits, the lack of continuity makes it difficult to pursue topics in detail. If users start to use this function, it could spark discussions and debates. This, of course, means people using Twitter more, which is the desired goal.

Twitter has had a challenging few years but it’s still one of the largest social media platforms. The company is obviously trying to shake things up to attract more growth and advertising revenues. Whether or not they’ll be successful depends on a couple of factors. Will people embrace the new features? While some users will, it remains to be seen whether a significant number of members will take advantage of these capabilities. One argument against it is that there are already numerous platforms for longer discussions and blog posts so why do people need Twitter for this? On the other hand, people who are invested in Twitter and have lots of connections there may enjoy deepening their relationships by getting into ongoing conversations with their contacts.

The good news for Twitter is that it has nothing to lose by giving people more options. No one is forced to use the new features. Those who prefer the old system can continue with their brief tweets. If they want to, however, they can now use Twitter in a whole new way.