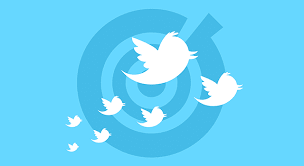 Generating sales and leads is entirely possible on Twitter.  How?

On Twitter, you need to pitch the right kind of content to the right people to build traction and generate qualified leads. In this post we’re going to see examples of how to do it.

Your tweet lives for just around 20 minutes. That’s why tweeting consistently is critical to success with Twitter. By tweeting consistently, you’re establishing your brand presence on the channel. You’re always on prospects’ minds. When on social media, people aren’t really looking for something to buy. That applies to Twitter too. You need to be able to create that desire in them. With social media, find a way to take the conversation out of the channel to your website. That’s how you can effectively generate targeted leads.

That’s where you will market and nurture them. That takes time. That takes a foundation of relationship building. How does it work? You share a blog post. You get a few clicks from Twitter and you convert the said traffic with an opt-in offer. For this to work at scale, you need to post consistently.

Across social media channels, posts with one or more of the following characteristics get more clicks. With these elements, you’ll be able to improve CTR. You also raise the odds of converting more raw traffic to leads.

What are the characteristics I’m talking about?

Here’s how Oreo used hashtags and an apt image to go viral.

During the Superbowl XLVII a power outage caused the lights to go out for 34 minutes.

Sensing opportunity team Oreo jumped in with a tweet that said “Power Out? No problem” with an image of a solitary Oreo in the dark. Next followed a caption that said, “You can still dunk in the dark.” It went viral, attracting 15000 RTs and 20,000 likes on Facebook. 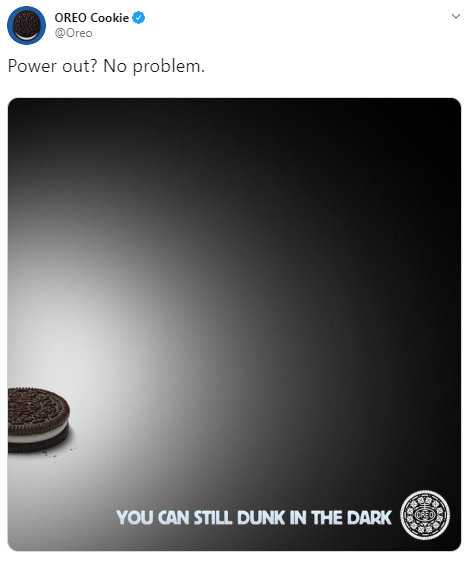 With all these tactics, you can improve the odds of a higher CTR.

Another effective tactic is asking “questions”. 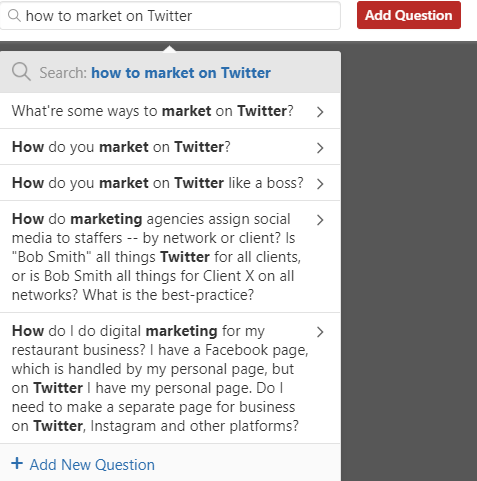 A lead magnet is when you give away something for free like a pdf file or a download. This is done with the intention of generating signups. If your audience is marketers you can give away a “list of tools” (that make up a marketing stack) as a free pdf.

You can try offering lead magnets on Twitter and see how your audience responds. Pro tip: Mask the url with bit.ly so you can track link clicks and demographics.

Post a lead magnet and gate it behind a signup page. People who find the lead magnet attractive will sign up. You will generate a boatload of highly targeted leads.

MarketetingProfs’ tweet has a targeted lead magnet. Their Twitter post asks followers to sign up to their webinar. The image is relevant. It’s easy to understand. Their followers know what to expect. You can use free poster makers like the one from Venngage to create high-quality posters for marketing on social media. 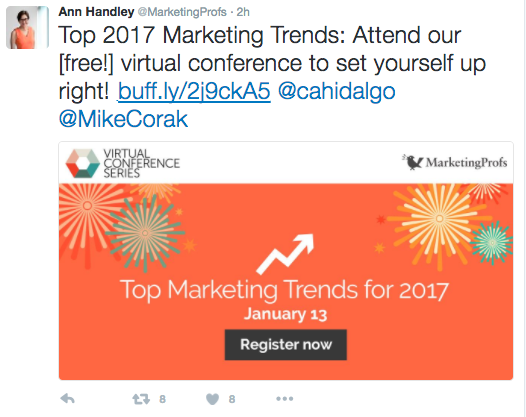 3. Engage With Your Promoters

Whenever someone shares our content does it feel right to be thankless? Return them the favor by liking and thanking them for tweeting your content.

While you’re at it retweet it too. I mentioned this at the start. The average tweet has a lifetime of 20 minutes. Retweeting it again gives it a new lease of life. The tweet reaches more people and generates higher brand engagement for you.

So, don’t underestimate the value of retweeting and tweeting your article to widen the reach of your message. This improves your reach as other share these articles even further. This kind of mutual collaboration is what helps anyone grow their accounts.

Gary Vaynerchuk closed a 4 million deal by spending a total of 17 minutes on Twitter. Here’s the story of how Gary did it. Gary Vaynerchuck’s approach to finding and nurturing leads on Twitter is outstanding. He searched for leads on Google and found two potential prospects worth investing the time in.

Of the 6 leads he found in total, 2 were on Twitter.

By searching the name of the CMO on Google he found his Twitter profile. He followed his leads on Twitter to see what they were talking about.

That’s correct. Instead of deliberately blowing his horn, the first chance he got, he tried to learn what interested his prospects. It’s called strategic prospecting. 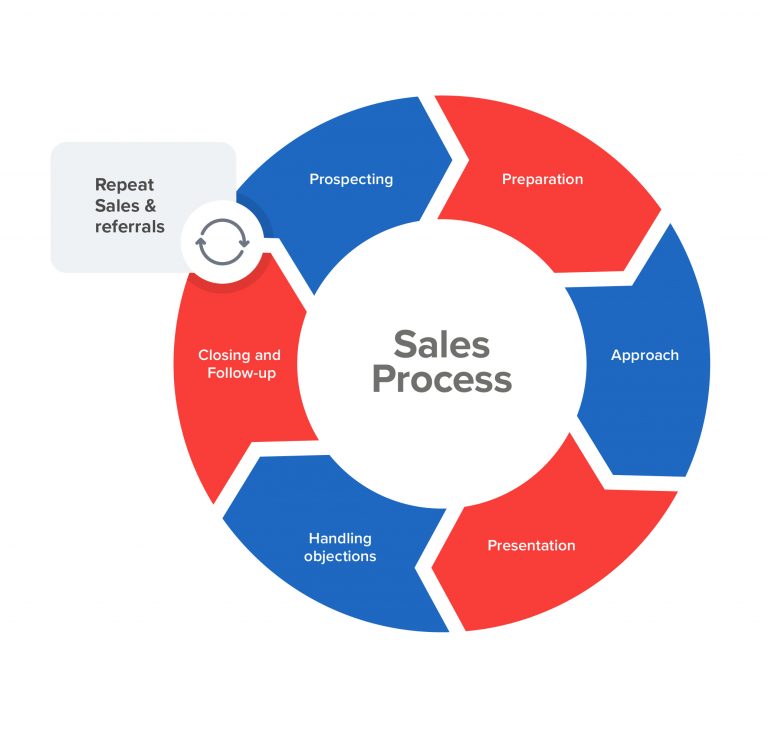 Waiting and learning he saw that first lead talked about a particular fantasy football star on Twitter.

Learning that bit of info, here’s the step-by-step process Gary followed next:

What’s the lesson? Personally engage your leads by finding common areas of interest. Use the like function available on Twitter to bookmark for later what they’re saying and get back to it when you get a chance. While on Twitter, finding out interests and working on a highly targeted campaign might be worth its while for million dollar deals.

Most don’t have the time for it or the need. That’s where automation helps.

Bring Some Automation Into Engagement

You may imagine that such personalized interaction is out of scope for you. You’re right. But generating engagement doesn’t mean you always need to go to such extremes.

Play the long and smart game. Spam blasting your way to leads is generally frowned upon. Ultimately what it boils down to being active and engaging and going about your interactions in as targeted a way as possible. If you conduct podcast interviews, ask your guests to promote the interview on Twitter. By getting guests to tweet about it or share it on social media, you’ll get a few click throughs. Plus, targeted leads.

Expand your brand’s reach by promoting it and turning tweets into conversations with customers. Patrón Tequila is one brand that has taken to Twitter all guns blazing. They use its Direct Message cards together with its messaging bot called Bot Tender to engage leads. Bot Tender asks a series of questions to customers on Twitter. Based on their response, it offers suggestions. The suggestions are personalized drinks based on the questions a customer answered. 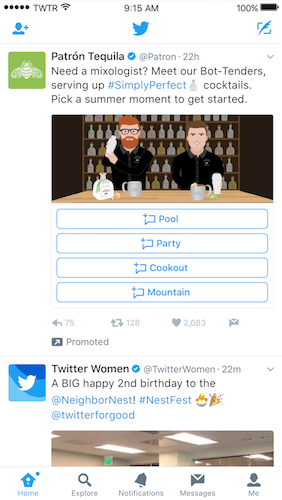 I reached out to 2ndKitchen, a brand that generates a lot of engagement on social media. This is what they said, “Social ads on Twitter using look-a-like audiences are a great way to target a very specific niche and build leads for a product or brand. Twitter’s mirror audience segments lets you upload emails and then find very similar users to target an ad too – helping to build leads in a very targeted way.”

Tools like Hashtagify and Topsy let you search for keywords related to your business and give you lots of ideas on what’s being asked. For instance I could type in social media and get questions relevant to that subject. Once I find the questions I can respond with my own feedback and gain a new targeted follower. Do it enough times and you could build an army of targeted followers.

Also consider offering a dedicated support channel via Twitter. For instance, let’s look at this example. UPS monitored brand mentions from customers and was able to come up with an apt, timely response to the customer’s problems. As the channel grows bigger, lots of non-customers will see the way how you handle criticism and consider doing business. 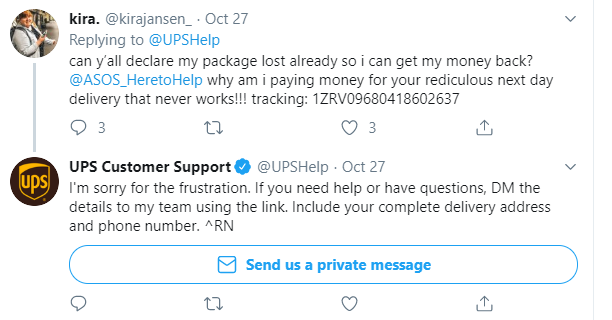 5. Search For Tweets About Your Competitors

In much the same way that you find relevant questions on Twitter, you can search for competitor tweets and find instances of complaints. If customers seem unhappy with the service you could provide a free consultation or service.

This might come across as poaching. And can be off-putting to some. Don’t be explicit and say things like check us out. Rather say how you can help.

For example here’s Best Buy. Their customers are mighty pissed off with the service and their anger seethes through their tweets. It’s a great opportunity for a competitive retailer with superior tech team to step in and fix things. 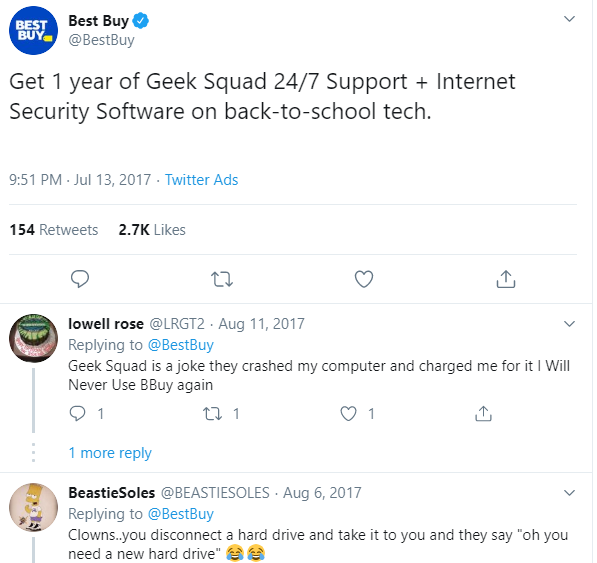 These are the ways to build engagement and drive targeted leads from Twitter. You find the right people and target them with the right message. When done right, people will listen to you.

Author bio: George is a writer and SaaS marketer who’s worked with brands like CrazyEgg, ReferralCandy, and scores of similar startups. You can check his work on his blog.