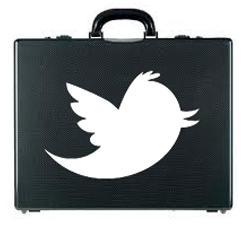 According to a report from Forrester Research, the average business will have allocated 30% of its marketing budget to online channels by the end of 2016. With so much money going to online advertising, how do small or medium-sized businesses (SMBs) — which often rely on part time employees to manage social media marketing — get it right? Twitter, known for its brevity and rapidly changing feed, is a great place to start.

The process of creating a prominent Twitter presence can be challenging, especially for new users. While using relevant industry hashtags is a great launching off point, it’s important to understand Twitter uses an algorithm to determine the order in which tweets appear to followers and searchers. Adopting a trending hashtag can mean very little when the content is stacked against that of hundreds or thousands of popular accounts. There are many different Twitter apps and plugins that allow users to search which hashtags are most effective. It’s worth noting that repeated use of a hashtag will get users seen over time.

Although short, Twitter bios are a great tool for optimization and getting in front of the right audience. Twitter sees 2 billion search queries per day with results categorized by the following tabs: Top, Latest, Accounts, Photos, and Videos. A highly optimized bio with carefully selected keywords will increase the odds of being seen in the Accounts results.

Persistence Pays: The Art of Tweeting

Since Twitter timelines move quickly, it’s imperative that businesses tweet regularly. They key is to stay in front of followers without bombarding them…no one likes spam. It’s okay to tweet several times per day. In fact, reposting the same tweet at different times during the day can be an effective strategy for reaching audiences in different time zones.

To make the best use of their time, digital content managers are better off using an automatic tweet scheduler tool. Not only will it allow for the input of bulk content to be spread out across the day or week, many apps and plugins incorporate SEO tools and will suggest trending hashtags and relevant keywords.

As is the case with any social media channel, engagement with Twitter followers is the best tool in any marketer’s toolkit. Albeit time-consuming, interaction is crucial in maintaining a personal relationship with potential customers and there are several ways to go about it.

• Before the tweet comes research. SMBs need to know who their key influencers are. To do this organically, social media managers should first think, then search. Brainstorming individuals and other businesses within the industry is a start; using an advanced Twitter search to find active users with a large following will tie it all together.

• Retweeting (RTing) influencers ensures a business is seen, though consideration should be taken to avoid coming off as spammy or overly promotional. Relevance and balance matters. There’s nothing wrong with RTing an “Average Joe” who tweets something relevant or humorous; on the contrary it can be an effective marketing tactic to show the personable side of the business.

• Twitter mentions are a “shout out” of sorts and are defined by any tweets that include another user’s handle (beginning with an @ symbol). Replies are also considered mentions, however, only people who follow both accounts can see replies.

• A red heart or “like” shows appreciation for a tweet and is perhaps the easiest way for a business to appear in the Notifications tab of the user who shared the content.

As most social media giants will attest, changes don’t typically occur without a healthy dose of backlash as was the case with Instagram’s new algorithm in June 2016 that meant the loss of a chronological feed. Arguably for Twitter, its new changes actually enhance the average user’s experience and greatly benefit business owners.

As an SMB, the goal is to get noticed (and hopefully followed) by key influencers. Having a verified profile is a surefire way to stand out if one such influencer were to browse the account page. It also lets them know the business isn’t just another spam account. How does one apply for verification? It’s still a selective process, but has recently opened up quite a bit. At a minimum:

• The business name and Twitter handle need to match.

• Proof of identity upon request

• A valid reason for the request (the stronger the case, the better)

On September 19th, Twitter rolled out its new character count limits, or rather, what would and wouldn’t be counted toward a tweet’s 140 characters. Photos (which previously accounted for 24 characters) no longer apply nor do gifs, polls, quoted tweets, and videos. Twitter is also currently testing the removal of a user’s handle at the start of a reply. What does all this mean? In short, more marketing space for businesses.

Twitter for Business offers additional tips for how to leverage the social media channel and create engaging promotional content. Like all social media, Twitter is most effective when businesses display an understanding of best practices and keep a keen focus on its analytics. It doesn’t happen overnight, but success will come to businesses who tweet and tweet well.