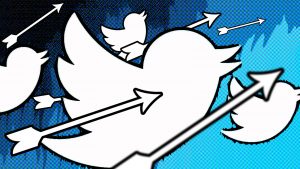 Social media sites have long been criticized for not doing enough to stop online bullying, harassment, “fake news,” hate speech and other such problems. In some cases, these platforms are used by extremists to encourage violence or terrorism. At other times, individuals, whether celebrities or ordinary citizens are targeted by bullies and trolls. Twitter, in particular, has come under fire for its vague and inconsistent policies on these matters. The company has recently released a calendar describing its plans to crack down on issues such as violence, hate speech and sexual content. Among the issues addressed are:

These are some of the main points addressed on Twitter’s new calendar, which runs from October 27, 2017 to January 10, 2018. These changes will be welcomed by many observers while viewed with caution by people worrying about violations of free speech. However, it remains to be seen how much of an effect these policies will actually have. Social media has, up to now, proven to be an extremely difficult environment to police. Let’s look at some of the likely implications of Twitter’s updates in several key areas.

One of the first items to be addressed is non-consensual nudity, which refers to users who film people without their knowledge or consent. This is done with hidden webcams or by surreptitiously filming people who are nude or engaged in sexual activity. They intend to “err on the side of protecting victims” and people who film and post such footage will be suspended.

As technology makes it easier to film people secretly, a whole new type of pornography and sexual content is filling the internet. Of course, one problem with such footage is that the victims can only complain if they’re made aware that they’ve been filmed. This is one reason that Twitter is also proposing to improve its policies for reviewing and prioritizing reports, including witness reports. The latter refers to third-parties who report possible violations they’ve seen on Twitter.

One of the major areas of controversy for Twitter involve areas such as racism, political extremism and threats of violence. Twitter, of course, along with Facebook and other social media sites, has always banned overt threats and harassment. The difference is that now Twitter is taking some additional steps, focusing on “hateful imagery and hate symbols,” “condoning and glorifying violence” and “hateful display names.” Twitter also promises to remove groups that advocate violence.

These policies are sure to provoke complaints and call attention to gray areas when it comes to condoning violence, as opposed to outright advocating or threatening violent actions. Imagery and symbols is also a complicated and sometimes subjective topic. In the wake of recent mass shootings and terrorist actions, Twitter is apparently trying to ensure that its platform isn’t used to sanction any type of violence.

Social media sites are private companies and can only do so much to crack down on problem behaviors. If they see threats or statements that appear to be warnings about criminal or terroristic activity, they are obligated to report it to law enforcement agencies. Beyond this, removing posts and suspending accounts are the most extreme actions these companies can take. In today’s social media obsessed world, getting banned from Facebook or Twitter is a rather serious prospect. When so many people use these sites, not only to connect with friends but also to report news and express their opinions on political and social issues, a ban can be seen as a kind of social exile or censorship, even though social media sites are private companies that are not legally obligated to publish everything members write.

Suspending accounts can be a delicate and controversial process. Members can always claim that they’ve been singled out while others who commit the same violations are not banned. A recent high profile case involved the suspension of actress Rose McGowan, one of the actresses who tweeted about producer Harvey Weinstein who allegedly raped and sexually harassed numerous women over the years. There were immediate allegations that Twitter was siding with Weinstein and attempting to silence his critics. Twitter’s official reason for suspending McGowan was that she disclosed personal information in one of tweets, a violation of their TOS. Apparently, she included a phone number in one of her tweets.

While Twitter’s excuse can be justified by their official policies, it’s also easy to wonder if that was the real reason. After McGowan’s account was temporarily suspended, some people called for a Twitter boycott in protest. In its new calendar of changes, Twitter promises to be more transparent about its policies and its reasons for suspending accounts. The social media company also pledges to provide a detailed response to appeals, explaining exactly why the offender’s account was suspended.

How Will These Changes Play Out?

The very nature of social media ensures that there will always be controversy and strong differences of opinion about what constitutes hate speech harassment, or otherwise objectionable behavior. No matter what policies are enforced, some individuals and groups will claim bias. Hopefully, Twitter will carry out its agenda in a balanced manner and communicate clearly about its reasons for removing posts and suspending accounts.

With so much divisiveness in society, the line between protecting free speech and protecting victims of bullying, hate speech, sexual harassment and other issues are often hard to delineate. Twitter is going to have a steep challenge and will most likely continue to face criticism on multiple fronts. At the same time, as a platform with millions of users, it has the responsibility to protect its members and maintain a climate where people feel safe to interact and express their opinions.