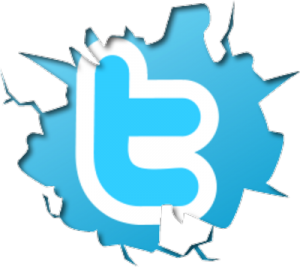 If you’ve been online for any length of time, you’re probably familiar with the problem of trolls. On Twitter, trolls can operate in a number of ways. One of the most annoying is when you get notifications from people you don’t know. In some cases, these may be spammers.

There’s also the growing problem of cyberbullying. Twitter has recently updated its settings, making it easier to avoid notifications from people who don’t follow you.

How the Advanced Filter Settings Work

One reason that it’s been easy for trolls to target people on Twitter is that they’ve been able to send messages, even when they have no connection to the person they’re targeting. With the new filters, you can take steps to prevent this. You can now block notifications from several types of accounts, such as:

Keep in mind that you can only filter these types of accounts if you don’t follow them. Once you follow an account, it’s easy for the owner to contact you. That’s why, if you want to get the most out of these new filter options, the first step is to be careful about whom you follow.

The ability to mute notifications from people who don’t follow you is an especially good filter. Many of Twitter’s worst trolls try to stay as anonymous and under-the-radar as possible. By not following the people they harass, they make it harder to identify them. You might also reasonably conclude that people who don’t verify their phone numbers or email addresses or who don’t post a custom photo aren’t committed to real engagement on Twitter and are best avoided.

Trolls operate a little differently on each platform, adapting to the environment. On Twitter, there’s been a historic problem of anonymous users harassing and bullying other users. There have been several high-profile cases of people being targeted. In some cases, this has caused people quite a bit of grief. Among the well-known victims of harassment are Saturday Night Live star Leslie Jones, who was forced to quit Twitter after receiving thousands of hateful messages, many of them racist. Adele and actress Lena Dunham have also experienced harassment that led them to, at least temporarily, stop using Twitter.

Of course, most of the bullying and trolling that occurs on Twitter is much lower profile. Anyone can be targeted by classmates, co-workers, or by people they never met. In most cases, however, internet trolls and bullies do their best to remain hidden. If their true identities are known, they are open to legal problems and lawsuits. That’s why the best defense against trolls is to limit your interactions with people whose identities you can’t confirm. Twitter’s new filters make it easier to do this.

The new filters are an important step to protecting users from trolling and bullying. If you want to protect yourself, your kids, or your business from trolls, there are a number of things you can do.

While these new filter settings are certainly helpful, it’s also worth wondering if Twitter should do more to protect its legitimate users from trolls. Out of all the social media networks, Twitter has one of the worst records when it comes to trolling and bullying. Part of this is due to the company’s commitment to free speech and privacy. This is, of course, a double-edged sword. When you give people the right to communicate anonymously, you also make it easier for people to abuse this privilege.

Some critics would like to see Twitter go much further in cracking down on trolling and bullying. One simple way to do this would be to require confirmation of identity to join. Instead of giving users the right to mute people without confirmed email addresses and phone numbers, why not simply make this information a requirement for joining? This gets back to Twitter’s historic unwillingness to violate users’ privacy. Only time will tell if these new measures will help to make users feel safer. Twitter is still trying to maintain a balance between protecting users from abuse and maintaining an open platform that affords people a great deal of privacy.